Sponsored by us! Support our work through:

And of course all the keynotes this year! 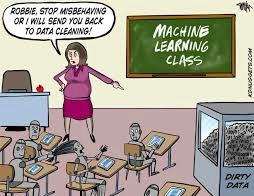 T
Talk Python To Me

6d ago6d ago
Subscribe
Unsubscribe
שבועי
Talk Python to Me is a weekly podcast hosted by developer and entrepreneur Michael Kennedy. We dive deep into the popular packages and software developers, data scientists, and incredible hobbyists doing amazing things with Python. If you're new to Python, you'll quickly learn the ins and outs of the community by hearing from the leaders. And if you've been Pythoning for years, you'll learn about your favorite packages and the hot new ones coming out of open source.
A
African Tech Roundup

11d ago1w ago
Subscribe
Unsubscribe
חודשי
A free-ranging set of discussions on matters of interest to people involved in user experience design, website design, and usability in general.
F
Fragmented - The Software Podcast

3d ago3d ago
Subscribe
Unsubscribe
חודשי+
The Fragmented Podcast is a podcast for Software Developers hosted by Donn Felker and Kaushik Gopal. Our goal is to help you become a better Software Developer. We chat about topics such as Testing, Dependency Injection, Patterns and Practices, useful libraries, and much more. We will also be interviewing some of the top developers out there. Subscribe now and join us on the journey of being a Software Developer.
A
Android Developers Backstage

2d ago2d ago
Subscribe
Unsubscribe
חודשי+
Android Backstage, a podcast by and for Android developers. Hosted by developers from the Android engineering team, this show covers topics of interest to Android programmers, with in-depth discussions and interviews with engineers on the Android team at Google.
תקשיבו ל-500+ נושאים