To give you the best possible experience, this site uses cookies. Review our Privacy Policy and Terms of Service to learn more. הבנתי!
U
Under The Weather: Climate Change Research and Justice on CKUT 90.3 FM

Under The Weather: Climate Change Research and Justice on CKUT 90.3 FM « »
Holly Dressel 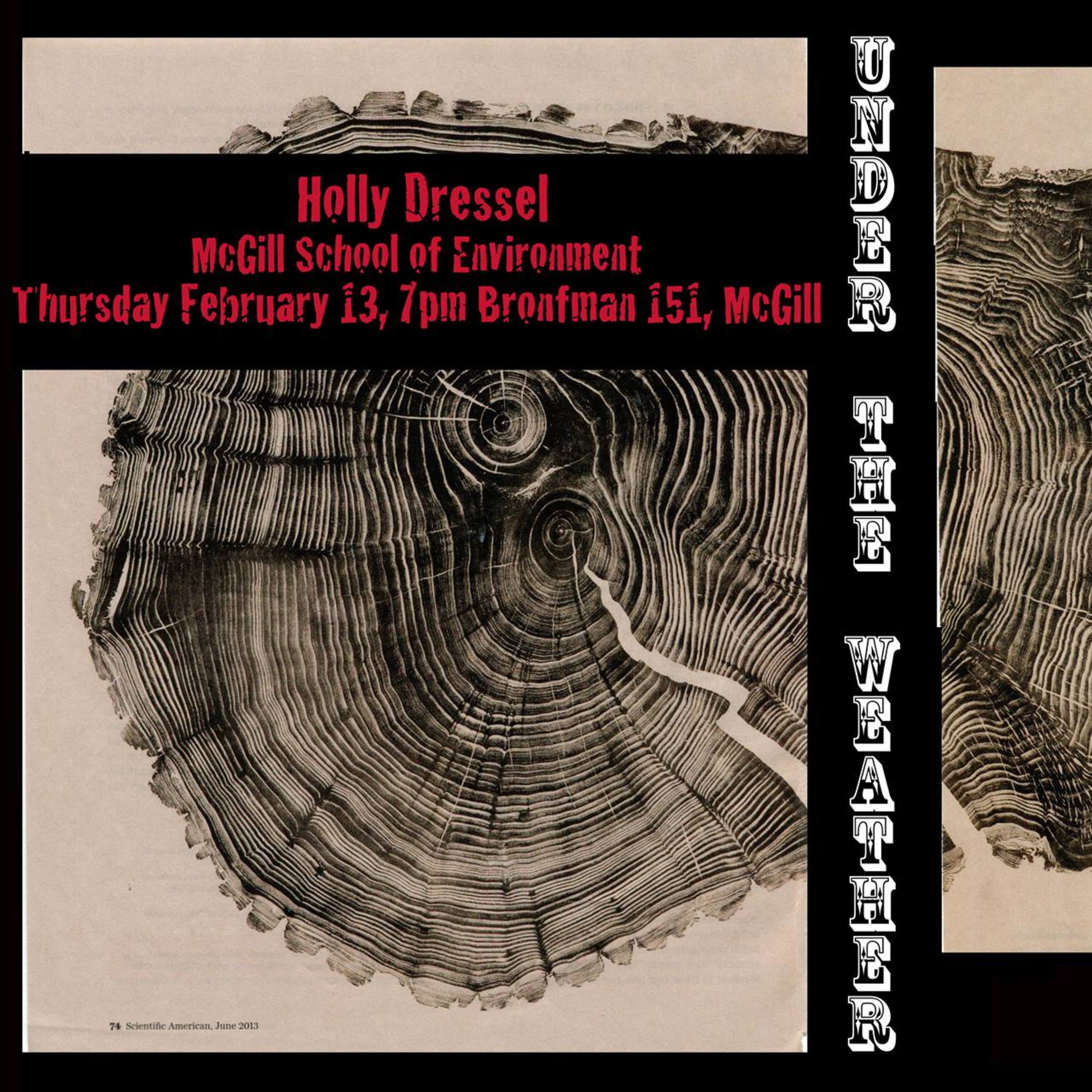 The Soil Connection: Eating Meat For the Good of the Planet a lecture by HOLLY DRESSEL Best-Selling Author, Teacher, Environmentalist and Researcher Best-selling author and researcher, Professor Holly Dressel of McGill’s School of the Environment is one of Canada's most recognized names in teaching, environmental studies, health care, economic concerns and aboriginal issues. Dressel is best known for her work with celebrated environmentalist David Suzuki on film and radio programs, as well as the three books they have written together: From Naked Ape to Super-species, Good News for a Change and More Good News. All three books handle problems specific to urban environments and argue for the extreme importance of biodiversity in the healthy survival of all systems, from water and carbon cycles to climate and social cohesion. She is also the writer, producer, broadcaster or researcher for many radio and television series and documentaries, mostly done for CBC and the NFB. In addition to her involvement with environmental subjects, Dressel wrote Who Killed the Queen? The Story of a Community Hospital and How to Fix Health Care, the most complete book on the history and status of the Canadian Health care system. Professor Dressel is in demand as a journalist, speaker and media expert on a variety of issues, including climate change, economic systems, biodiversity and habitat preservation, indigenous and traditional systems, public health and genetic engineering. Dressel has worked for many years with native and traditional communities around the world, from the Quebec Cree and Mohawk to the people of Colombia’s Choco and the Kerala region of India.

4d ago4d ago
Subscribe
Unsubscribe
שבועי
The simplest questions often have the most complex answers. The Philosopher's Zone is your guide through the strange thickets of logic, metaphysics and ethics.
E
EMCrit Podcast - Critical Care and Resuscitation

11d ago1w ago
Subscribe
Unsubscribe
חודשי+
Peter Adamson, Professor of Philosophy at the LMU in Munich and at King's College London, takes listeners through the history of philosophy, "without any gaps". www.historyofphilosophy.net
T
The Awesome Hour

1+ y ago1+ y ago
Subscribe
Unsubscribe
חודשי
Voted #1 in Vue weekly Magazine , Metro Magazine , nominated 8th in the world against Adam corolla , Artie Lange and Dan Savage in the mature category & Winners of Monkeys Fighting Robots peoples choice award in the amateur podcast awards The Awesome Hour is a SOCAN licensed podcast on all things awesome from pop culture to strange news to bad life choices with a music bed of tasty tunes. From top40 to heavy metal and everything in between. The awesome hour is just that Alec , Ivan and Corbo ...
U
Upaya Zen Center's Dharma Podcast

12d ago1w ago
Subscribe
Unsubscribe
חודשי
Rationally Speaking is the bi-weekly podcast of New York City Skeptics. Join host Julia Galef and guests as they explore the borderlands between reason and nonsense, likely from unlikely, and science from pseudoscience. Any topic is fair game as long as we can bring reason to bear upon it, with both a skeptical eye and a good dose of humor! We agree with the Marquis de Condorcet, who said that in an open society we ought to devote ourselves to "the tracking down of prejudices in the hiding p ...
T
The Women's Podcast

31m ago31m ago
Subscribe
Unsubscribe
שבועי+
The Women's Podcast, hosted by Kathy Sheridan & Róisín Ingle. By women, for everyone.
I
Infants on Thrones

3h ago3h ago
Subscribe
Unsubscribe
שבועי
The Philosophies of Men, Mingled with Humor
T
The Art of Manliness