Exploding Helicopter « »
Bird On A Wire 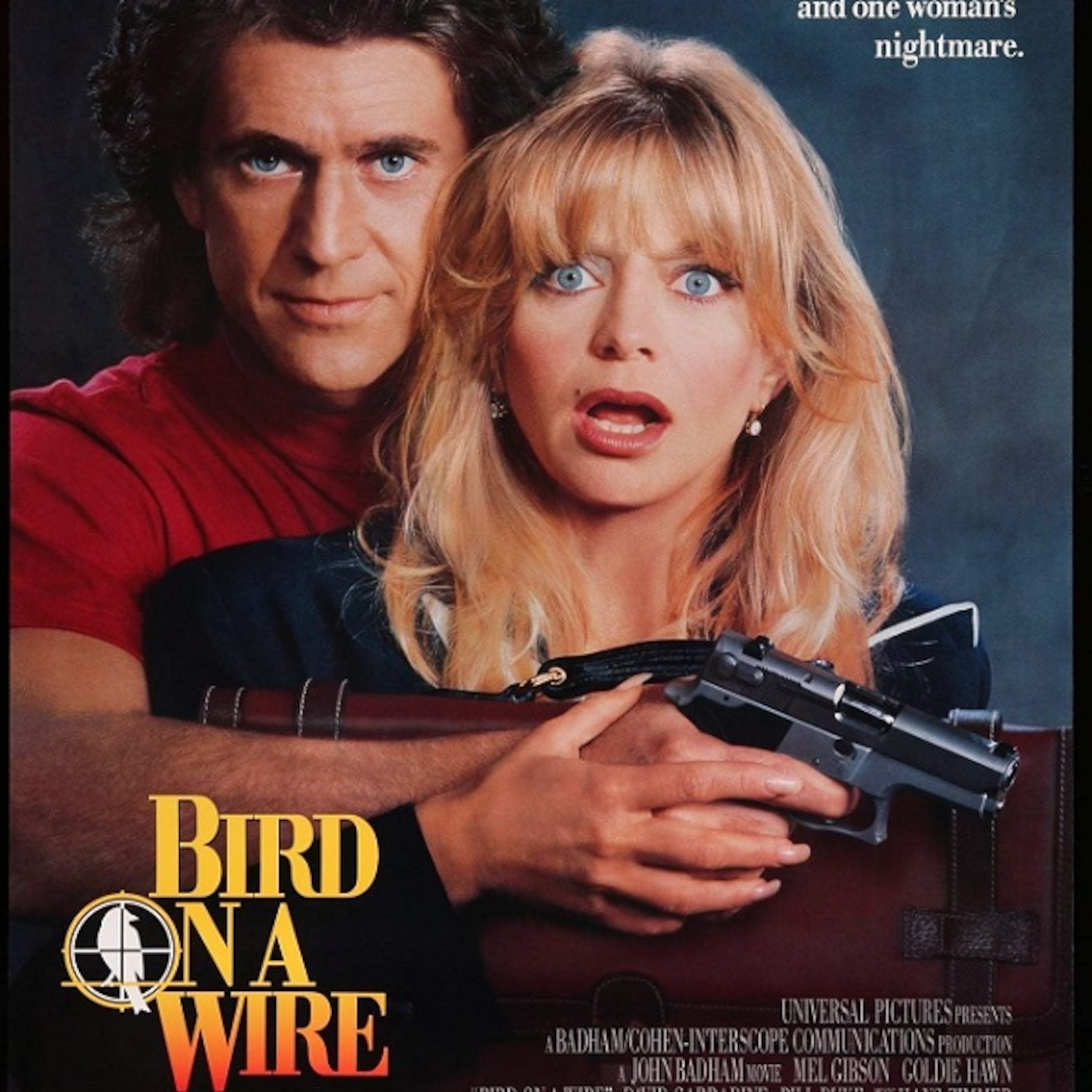 “Since when did you start wearing underpants?”
Hard as it may be to believe now, but there was a time when audiences were happy to see Mel Gibson as the lead in a light-hearted romantic action comedy.
So, on this show, Will is joined by Nick Rehak from French Toast Sunday to review BIRD ON A WIRE (1990), a film that was made at a more innocent time for Mel the Mullet. They also take a look at the film’s unique exploding helicopter action.
Show notes
Director: John Badham
Cast: Mel Gibson, Goldie Hawn, Stephen Tobolowsky, Bill Duke, David Carradine, Jeff Corey
Plot: Rick Jarmin is put in witness protection after he helps the FBI bust drug dealer Eugene Sorenson. Fifteen years later, he is living with a new identity as a gas station attendant when his old flame Marianne stops at the garage and recognizes him, blowing his cover. The recently released Sorenson finds out, and both Jarmin and Marianne have to flee across country with the vengeful Sorenson in hot pursuit.
Episode 104

24m ago24m ago
Subscribe
Unsubscribe
שבועי
Werewolf Ambulance is a horror movie comedy podcast. Allen and Katie watch horror movies from all eras and of all qualities and then discuss them in a not-so-academic way (just as the name "Werewolf Ambulance" might imply!) and then discuss and rate them. The episodes do contain spoilers, so please watch the films before listening if that bothers you!
T
The Filmcast (AKA The Slashfilmcast)

1h ago1h ago
Subscribe
Unsubscribe
שבועי
In The Filmcast, hardcore geeks David Chen, Devindra Hardawar, and Jeff Cannata debate, pontificate, and delve into the latest films, TV shows, and other entertainment-related items from the past week. Weekly guests include everyday bloggers, webmaster luminaries, film directors, and movie stars from all walks of life. You can reach us at slashfilmcast@gmail.com and find more podcast episodes at http://www.thefilmcast.com
S
Slate's Spoiler Specials

20m ago20m ago
Subscribe
Unsubscribe
שבועי
Become a Paid Subscriber and get bonus podcasts: https://anchor.fm/nowplayingpodcast/subscribe Three playful movie reviewers break down a wide variety of film franchises by dedicating a podcast to every single sequel, remake, reboot, and spin-off in a series. Conversations are in-depth and cover production history, literary sources, gossip, merchandising, and good old fashioned personal opinion with loads of humor and critical insight. No cinematic universe is too obscure or sacred!
S
Show Me The Meaning! – A Wisecrack Movie Podcast

35m ago35m ago
Subscribe
Unsubscribe
חודשי+
Join the Wisecrack crew as they dive into the deeper meaning and cultural significance of the most, and least, iconic movies of our age.
G
Game of Thrones The Podcast

5d ago5d ago
Subscribe
Unsubscribe
חודשי
Jim and A.Ron review each week's episode of HBO's Game of Thrones and your feedback.
T
The Empire Film Podcast

6d ago6d ago
Subscribe
Unsubscribe
שבועי
Otaku Spirit Animecast is a series of podcast episodes that focus on the Anime culture. Reviews, News, and tons of discussion. Stuff for all anime fans, from anime fans.
תקשיבו ל-500+ נושאים